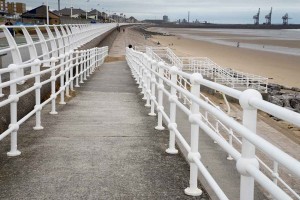 Crown Trade Protective Coatings’ Metal Gloss system is proving its worth in a major project along the South Wales sea front – protecting steel railings, lamp posts, benches and other street items for the long term.

The metalwork, situated along a three mile promenade at Aberavon is being given a new lease of life – and protected against the elements – with Crown Trade Protective Coatings’ Metal Gloss system under a rolling programme of restoration works.

These products have been developed to offer 10 or 15 years’ protection, depending on the system applied. Crown Trade’s Protective Coatings T-Wash is also available for use to correctly prepare new galvanised metal.

The programme at Aberavon is being carried out by the Council’s in-house painting and decorating team and is being completed in different stages, with high-traffic areas targeted first.

“We’ve had some bad winters and the surfaces are exposed to a harsh marine environment but they’re standing the test of time.”

“By using the full Crown Trade High Performance Metal Gloss system the surfaces are protected from rust and corrosion for up to 15 years.

“The surfaces are being prepped with one coat of Crown Trade High Build Rust Inhibiting Metal Primer Undercoat, which provides a great foundation for the metal work.

“An intermediate coating of Crown Trade High Build Micaceous Iron Oxide is being used to help fight corrosion – something posing a great threat to surfaces in a seaside environment. 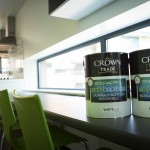 Keeping it clean at Uni 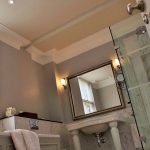 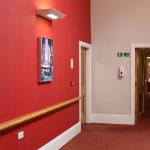 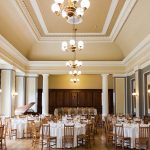