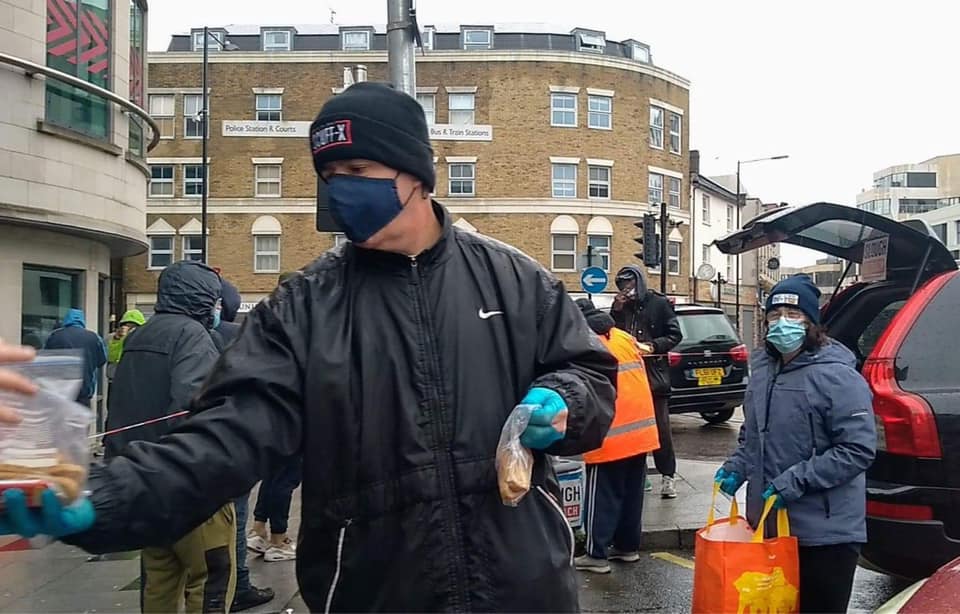 A Dulux Select Decorator, who had his work van stolen, was moved to tears after discovering colleagues had secretly raised £2,000 on his behalf.

Sean Kelly, was left devastated in the days leading up to Christmas when a thief made off with his Citroen Berlingo containing all his equipment from outside a job he was working on in central London.

It was a double blow for the decorator – not only impacting his professional commitments, but also preventing him from continuing the charity work that he devotes his spare time to.

Throughout December Sean had been using his van to deliver food parcels to the vulnerable members of the community in and around his hometown of Watford, Herts, after first doing so during the March lockdown when he was unable to work.

Moved by Sean’s plight, fellow Dulux Select Decorator, Les Copestake then set about secretly raising funds to help him get back on his feet.

As word grew amongst the community, eighty members of the scheme rallied round to support Sean raising £1,720 overnight. Dulux Decorator Centre topped up the total to £2,000 with £280 of vouchers.

Sean, a member of the scheme for the last 20 years, said: “I make no bones about it – I bawled my eyes out when I found out what everyone had done for me.

“I had lost literally everything. All my brushes and tools and equipment were in the van.

“It has been so humbling to see how the Dulux Select Decorators have rallied round when the chips were down for me.

“What makes it so special is they don’t know me personally. They saw that a fellow decorator was down on his luck and came together to help me get back on my feet.

“I can’t thank them enough.”

Les, who runs LPC Painting in Cheltenham, Glos. commented: “I was a bit apprehensive asking everyone for money with what’s going on, but Sean is such a giving person who does so much for people in his community I thought it would be a nice gesture to do something in return.

“Getting £2,000 of generous donations has blown us all away.

“Everyone should be really proud of what they’ve done to help Sean. This is more than enough to get him back on his feet and a brilliant gesture by his fellow Dulux Select Decorators.”

“It’s a real testament to all our members that – even though many may be facing their own professional challenges at the moment – they still came together to help one of their own when they needed it most.”

Dulux Select Decorators is a group of over 575 experienced decorators who have passed a comprehensive workmanship assessment, with Dulux guaranteeing their work for two years after completion.