The improved formulation of Dulux Trade Weathershield Smooth Masonry is shower resistant after thirty minutes, and is now three times more effective than the previous formulation at protecting against mould and algae. This is because it contains a fungicide to inhibit the growth of mould and algae within the paint film.

All coloured paints will show signs of fading over time due to UV and pollutant exposure, but the new Weathershield masonry formulation also contains anti-fade technology, which slows down the effects of this exposure, prolonging the colour’s lifespan.

An increased resistance to alkali means salt crystals are less likely to form on the paint film, further helping to combat colour fade.
And, as a result of higher levels of white pigment than other masonry paints, it offers , say Dulux , better opacity for excellent two-coat coverage.

In addition, Dulux Trade Weathershield Maximum Exposure provides better protection against the effects of weathering as a result of its new formulation, as its dried paint film is now five times more flexible than Dulux Trade Smooth Masonry – making it significantly less prone to cracking or flaking in harsh weather conditions.

Shower resistant after only 15 minutes, its superior adhesion means that paint will take to the substrate even when preparation can’t be first class, while its increased water resistance sees it better protect the substrate from the effects of water damage and driving rain.
Both paints also come in three new ready mixed colours: Jasmine White, Goosewing and Frosted Grey. 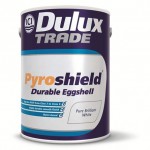 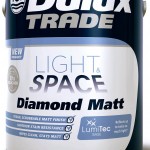 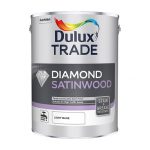 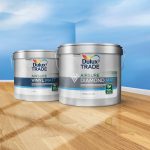