The Grand Winner of the 2021 Dulux Select Decorators Awards has been announced as Mark Hutchinson.

The announced was made at the Dulux Select Gala Dinner & Awards 2021, which celebrates the work of Select Decorators around the UK, on Tuesday 23rd November during the National Painting and Decorating Show.

Mark was named as the Grand Winner of the awards “in recognition of his wealth of experience and knowledge, and his commitment to continuously exceed customer expectations with the quality of his work across both interior and exterior projects“.

Ten category winners were also presented at the gala dinner held in the 25th year of the Dulux Select scheme.

Decorators from across the country gathered at the venue for drinks, dinner and live entertainment, before Dulux Select Decorators Lead Vickie Mather, and judges Dulux Academy Skills Development Consultants Mark Rigby and Tony Pearson-Young, as well as Dulux Creative Director Marianne Shillingford, took to the stage to announce the winners.

The Category Winners were announced as:

Seven Highly Commended finalists were given to:

Six Judges Awards were also awarded to: Sean Wilkinson, Nikolay Hristov, Georgie Baker, Mike Katembala, Steph Howles and Emma Gill; and two 25 years service presentations were made to Sean Wilkinson and Robert Whyte in recognition of their commitment to the scheme.

Mark Hutchinson commented: “I am genuinely humbled and honoured to receive the Grand Winner award. The past year has had its ups and down for everyone due to the pandemic, so it’s great to be able to look back with pride on the projects I’ve carried out and the fantastic customer feedback, in spite of the challenges we’ve all faced.

“It’s the first time I’ve entered so it was a big surprise to win two category awards, let alone be crowned the overall winner, especially as all the Dulux Select Decorators are incredibly talented and have done such amazing work over the past year. It’s a privilege to be recognised alongside a group of dedicated and deserving people.”

“And I’d like to say a massive congratulations to the ten category winners and the recipients of the Judges Awards, who have all gone above and beyond despite the challenges and uncertainty they have faced over the past year.

“As we emerge from the pandemic, the awards offer us a great opportunity to reflect on the past year and congratulate hardworking professionals on their amazing achievements, which are especially impressive given the unprecedented circumstances.

A Movember competition on the night raised £540 which will be match funded by AkzoNobel and a charity raffle, generously supported by key Dulux Academy supplier partners, raised over £1,200 for the Rainy Day Trust, a vital charity partner supporting Select Decorators facing mental health challenges during lockdown. 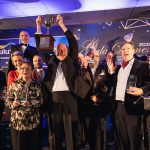 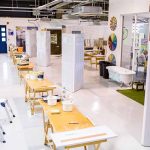 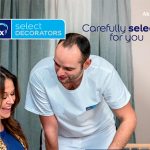 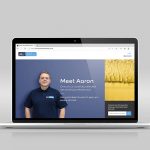