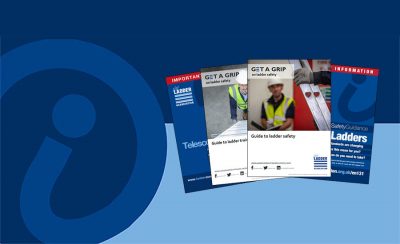 A recent prosecution at Westminster Magistrates’ Court is a stark reminder of just what is at stake when work at height is not properly planned and supervised.

The court heard that a railway maintenance worker suffered significant injuries including a broken collarbone, 11 broken ribs and a punctured lung after falling 4.3m from a ladder while cutting back vegetation.

Following the accident, the victim spent 13 days in intensive care during which time he underwent two major operations and now has metal plates pinning his clavicle and ribs. He has been unable to return to his former occupation.

The Office of Rail and Road (ORR) investigation found that the site inspection had been inadequate, work was neither properly planned nor appropriately supervised and as such, the contractor failed to realise that using ladders was inappropriate for the task and exposed workers to the risk of falling.

Comments Dennis Seaton, Chair of the Association’s Training Committee, “There are many situations where a ladder can be the right solution, but they shouldn’t automatically be your first choice. It’s one of the main reasons we launched our ‘Get a Grip’ on ladder safety campaign with the clear message ‘When it’s right to use a ladder, use the right ladder and get trained to use it safely.’

We strongly believe training is an important contribution in keeping people safe when working at height and that training is about more than just using the ladder; it’s about helping people understand when it’s right to use a ladder, (and even more so in this case, when it’s not right to use a ladder), choosing the right ladder and then understanding the simple steps to use your ladder safely.

With falls from height still one of the leading causes of workplace fatalities and injuries – accounting for 40 fatalities in 2018/2019* – and with businesses facing record fines for failing to keep workers safe, our campaign sets out to ensure everyone using a ladder is fully trained and competent to do so.”