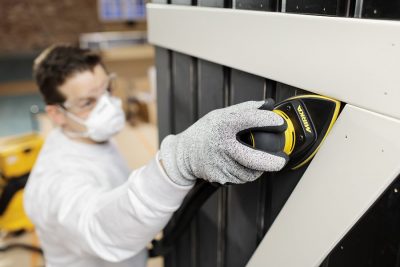 Mirka is expanding its Direct Electric Orbital Sander (DEOS) range with the addition of the new DEOS Delta. An ergonomic iron shape is designed to allow the user to access hard to reach areas easily and efficiently, while reducing the stress on arms and hands.

The Delta’s low profile of only 10cm, ensures it is closer to the surface at any angle allowing for increased control of the sanding process, even during long periods of use.

With the Delta weighing less than 1kg there is less strain on the user’s muscles, leading to a reduction in the risk of arm fatigue. The sander also incorporates a powerful brushless motor and 3mm orbit for more effective removal of stock, while keeping vibrations at a low level to minimise the risk of HAVs. Additionally, when the DEOS Delta is combined with Mirka’s net abrasives and a dust extraction unit, it provides a consistent scratch pattern and a dust-free work environment to work in.

The DEOS Delta also includes Mirka’s digital solutions that run through an integrated vibration sensor and bluetooth connectivity that enables the user to access the vibration, speed and usage data easily through the myMirka app. This means users can understand how the tool is being used on a day to day basis and the ways in which it can be utilised more efficiently. 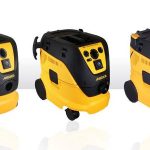 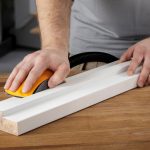 Hand sander is a good fit 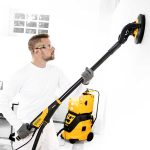