Standing at more than 100 feet tall, the 19th century Lymm Water Tower is a home and guesthouse located in the heart of Cheshire. Previously owned by North West Water, the standout piece of architecture is now the home of property renovation TV presenter Russell Harris. The building has featured on Grand Designs and even made Kevin McCloud’s Top 100 Grand Designs in the process, while accumulating 11 awards over the years for its impressive design.

Having last been decorated 10 years ago, the building was in need of a fresh lick of paint. Given the prestige of the building, and with such large, broad walls to cover, it called for a flawless, streak-free finish and Johnstone’s Trade Perfect Matt was specified.

Covering more than 6,500 square feet across six storeys, the internal redecoration of the Lymm Water Tower was an extensive task. The building’s modern extension, which contains vast floor-to-ceiling windows around the original water tower, also added an element of difficulty for the team, with natural light flooding the space. This consequently produced an overexposed environment whereby any application marks in the paintwork could be highlighted. JP Jones Painters was the contractor on the project. 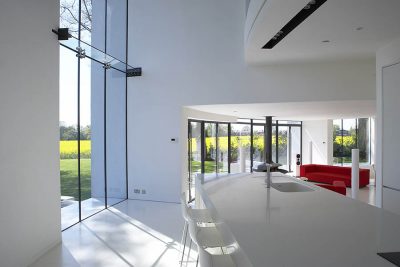 Johnstone’s Trade Perfect Matt has been formulated with Smooth Layer technology, which means the paint has a balanced ratio of binding agent, additives and pigments to deliver a flawless, flat matt finish with ease. The technology eliminates the impact of visible application marks, such as streaks or overlapping, which can be highlighted by critical lighting – making it the best choice for the team working at Lymm Water Tower.

“It’s quite an undertaking when you look to redecorate a project of this scale” explains Steve, professional painter and decorator from JP Jones Painters. “However, by using Johnstone’s Trade Perfect Matt, we were able to relieve a lot of the pressure,”

Having such broad wall areas throughout the building meant it was integral that spot repairs could be carried out in small areas where any blemishes needed to be retouched, rather than having to redecorate the entire wall. 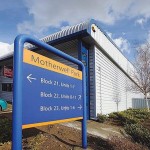 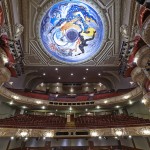 Johnstone’s – Fit for a King! 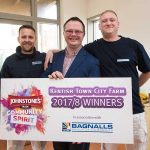 Down on the Farm with Bagnalls 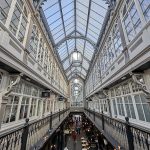