Apprentices have stepped into the spotlight to demonstrate their painting and decorating skills at competition events hosted by the Painting and Decorating Association (PDA).

The Apprentice/Trainee of the Year and Apprentice Paperhanger of the Year competitions took place over four different events at colleges across the UK.

Winners of the two competitions will be announced at industry events hosted by the PDA later this year.

Entrants in the Apprentice/Trainee of the Year contest faced a precision painting challenge, sponsored by Johnstone’s Trade paint, Purdy Professional Painting Tools and CITB, with three regional heats open to apprentices across the UK.

Competition events were held at Coventry College, Bournemouth and Poole College and Leeds College of Building.

Finalists of the Apprentice/Trainee of the Year will be invited to the PDA’s Premier Trophy Awards which will be held at Plaisterers’ Hall, London, on September 16.

The Apprentice Paperhanger of the Year event was a six-hour contest sponsored by Brewers Decorator Centres and held at The Hub in Doncaster.

Competitors were each faced with a six-hour wallpapering challenge.

Winners of the Apprentice Paperhanger of the Year will be announced at a Gala Dinner as part of the PDA’s National Networking Event at the Liverpool Hilton Hotel on November 19 and 20.

PDA Chief Executive, Neil Ogilvie, attended all four of the competition events as a judge.

He was joined at the Paperhanger competition by Past National President of the PDA and member of the Association’s Management Board, Stuart Yates, while Andrew Davis from the Association of Painting Craft Teachers (APCT) was co-judge at the three regional heats for Apprentice/Trainee of the Year. 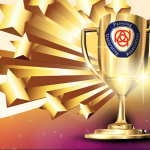 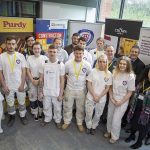 Apprentices get ready for PDA contest 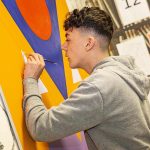 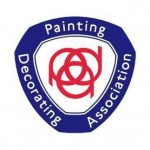