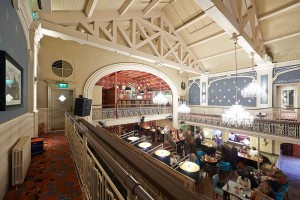 Johnstone’s Trade has played a starring role in the refurbishment of an old theatre, which is now a popular pub in Ipswich.

The historic 18th Century building known locally as ‘The Old Rep’ was originally the town’s theatre, and remains one of the area’s most attractive buildings. It was transformed into a pub when the theatre moved and became the New Wosley Theatre in 2001, and has recently undergone an extensive renovation, with J&D Decorators using Johnstone’s products throughout.

Applied in a range of colours Johnstone’s Covaplus Vinyl Matt was used for the huge expanses of wall surface and the large ceiling in the pub, which retained its high ceilings as a key part of the design.
The pub’s trim woodwork was refreshed using Johnstone’s Eggshell to provide a hardwearing and washable finish to withstand the rigours of such a busy pub environment. 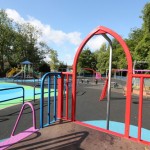 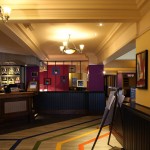 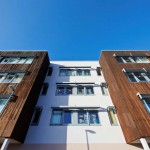 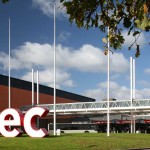