PPG Architectural Coatings’ spectacular stand made a glowing impression on visitors to this year’s National Painting and Decorating Show.

Johnstone’s Trade’s new and improved Covaplus Vinyl Matt proved to be one of the most popular draws. The technical team behind the reformulation invited decorators to watch a series of informative demonstrations on how best to apply the product, which proved hugely popular. 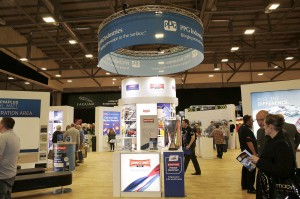 Meanwhile, eight finalists did battle in the 10th annual Johnstone’s Young Painter of the Year competition. Ryan Chamberlain showed nerveless ability to meet the demanding technical specification and walk away with the coveted title and a prize haul worth more than £2,000.

The stand also provided fun and games aplenty for decorators with darts fans given the opportunity to play against Leyland Trade-sponsored Mark Webster. In addition, there was the chance to win an iPad Air with Johnstone’s Decorating Centres, the popular ‘Whack the Hog’ game was hosted by Fat Hog, and decorators were encouraged to test their skills in a Paste the Wall competition.

Sarah Clough, PPG’s loyalty and event marketing manager, said: “This was PPG’s biggest and best National Painting and Decorating Show yet. The feedback we received about our stand was fantastic, but what was even more valuable was the opportunity to hear first-hand about how our products and services have been helping decorators across the country deliver consistently outstanding work. Bring on next year!” 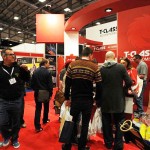 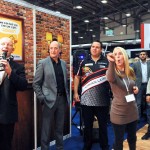 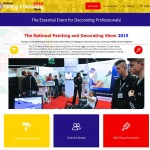 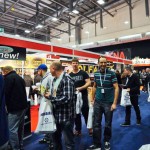