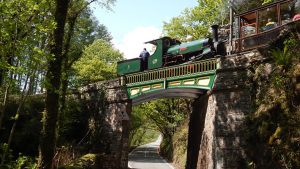 It was full steam ahead for repainting a cast iron bridge on the Ffestiniog heritage railway in Wales’ Snowdonia National Park, thanks to products and technical advice from Bradite.

The Tanybwlch Bridge, built in 1854, carries the railway track over the Llanfrothen to Maentwrog road. The bridge was last repainted in 1986 after strengthening work was completed. It was decided that a further repaint job would be carried out during 2016 after inspection and maintenance to the concrete track bed was carried out.

“After inspecting the cast ironwork on the bridge, Bradite specified the process and materials to clean, prepare and paint the ironwork – we regularly use Bradite paint for the coating of external metalwork” said Alan Norton of the Ffestiniog Railway Company.

The repainting was carried out by volunteers and The Ffestiniog Railway Company turned to Bradite for technical advice.

“We were on hand to give our client the right specification. We made the process as easy as possible by providing clear steps to follow until completion” said Bradite National Sales Manager James Burton.

In order to carry out the work, the B4410 road was closed and scaffolding was erected. The repainting was organised to accommodate the running of trains during the spring season.

Firstly, the ironwork was pressure washed and a fungicide solution was applied followed by a Bradite degreaser before further washing took place. From there, removal of any rust was carried out and then a coating of Bradite AP70 was applied followed by Bradite AM60 Primer, a high build modified alkyd-based micaceous iron oxide coating which provides excellent anti-corrosive protection.

Following a green and yellow colour scheme similar to that on the original bridge, Bradite ‘Fastrac’ was then applied. Fastrac is a modified silicon and polyurethane alkyd product that features rust inhibiting pigmentation. With better opacity and longevity properties, ‘Fastrac’ will maintain its sheen level for longer. Seen in full daylight the final result is even brighter and more impressive than anticipated by the client.

“We were very impressed with the advice and support provided to us. The Bradite team were a huge help – we are amateurs in terms of painting and they gave us confidence in what we needed to ensure good preparation – we simply followed the instructions set out by our Bradite representative, James Burton.” says Alan Norton from The Ffestiniog Railway Company.

He added: “The volunteer team achieved a great deal of satisfaction from the result and enjoyed being a part of the project.” 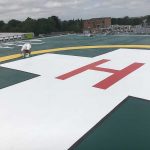 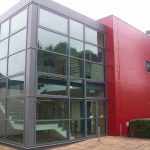 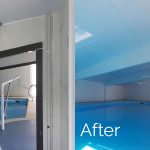 Making a Bigger Splash with Bradite One Can