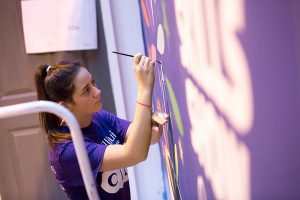 A talented apprentice from Dunfermline has clinched a prestigious national title for painters and decorators new to the trade.

Ayla Foulis emerged as the winner of the Crown Trade Apprentice Decorator of the Year competition at a major industry event.

The 24-year-old, a third-year student at Fife College, beat off stiff competition from some of the best up-and-coming talent in the country to land the £1,000 first prize at The Skills Show, held at the NEC in Birmingham.

Ayla works at AG Decorators based in Cowdenbeath.

She said: “The Crown Trade Apprentice Decorator of the Year competition is a real showcase for the industry, so to win the title is a huge feather in my cap.

“It’s a fantastic boost to my confidence and something that will stand me in good stead throughout my career.

“I’m thinking of taking an interior design course in future and want to set up my own business one day, so I think this can be the perfect stepping stone.” 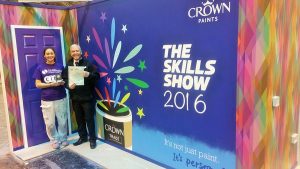 Ayla was one of seven apprentices who came through regional heats across the UK during the annual competition – organised by Crown Trade for the past 37 years as part of its initiative to support the next generation of industry professionals.

Each competitor in the final, held from 17th-19th November 2016, was challenged to complete three complex tasks designed to test the quality of their technique and time management.

The competition could indeed provide a springboard to even greater things for Ayla as it’s used to talent spot decorators with the potential to represent the UK at the prestigious Worldskills Kazan 2019 in Russia.

The Skills Show is an influential training and careers event featuring more than 50 trades-based competitions in which the ‘best of the best’ in each sector battle for the national title. 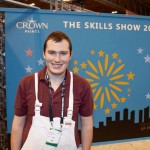 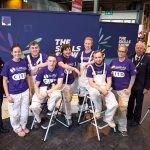