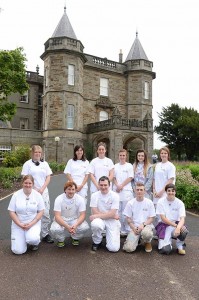 Jordan Jeffers, a painting and decorating student from Southern Regional College – Newry, has painted his way to victory in the grand final of Dulux Decorator Centre’s prestigious Student Decorator of the Year competition 2015. Jordan is the first winner from Northern Ireland in the eight years that the competition has been running.

Sophie Walters from North West Kent College was the runner up in the competition, while Sarah Bromley of Swindon College was awarded third place.

Jordan, 20, competed against 10 other students from across the UK to win the coveted title. The two-day national final, which took place on 1-2 July at Edinburgh College, tested the students’ attention to detail and brushwork, using skills honed from their painting and decorating courses.

The final saw 11 talented painting and decorating students from all over the UK go head to head, all of who secured their places after winning their respective regional heat.

During the final the students demonstrated a wide range of skills including wallpapering, sign writing, cutting in, as well special effects, which were then each judged by three leading industry experts and a Dulux Select Decorator.

As well as receiving the Student Decorator of the Year accolade, Jordan was awarded a £1,000 cash prize and a generous selection of products and tools from supplier sponsors at a black tie gala dinner and presentation ceremony at the prestigious Dalmahoy Marriott Hotel in Edinburgh.

Beverley Whitehead, marketing manager at Dulux Decorator Centre, commented: “We have held this competition for eight years running and the level of enthusiasm and talent gets better and better each year. It was a pleasure to see the attention to detail and amazing brushwork of all the students on display at the final and throughout the UK heats.

“This year the standard of competition was very high, with so many strong contenders. Jordan’s practical final piece impressed the judges, and the title of Student Decorator of the Year is well deserved. We wish Jordan luck in his future career!“

Following the prestigious win, Jordan commented: “I’m really excited to be named Student Decorator of the Year, especially as the standard was so high. It was great to be involved in the competition – it was good practice to work to tight timescales and try out different painting and decorating techniques in a competitive setting.” 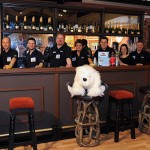 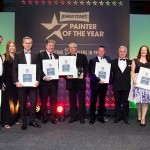 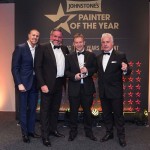 Could You Be Johnstone’s Painter Of The Year? 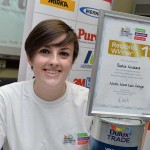