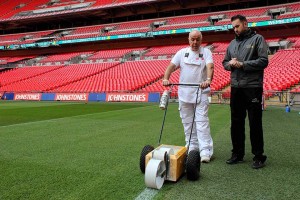 A professional painter and decorator became part of the Wembley groundstaff for a day – ahead of a major cup final.

John Lydon, from Kennington in Oxford, won a nationwide competition for professional painters and decorators to work on the pitch ahead of the Johnstone’s Paint Trophy Final between Barnsley and Oxford United.

The 53-year-old won a competition organised by tournament sponsors Johnstone’s Paint and carried out the work – including painting a penalty spot – with the assistance of Wembley head groundsman Karl Standley.

“I’ve been painting and decorating for 37 years and this was the most special and prestigious job I’ve done,” said the 53-year-old, whose Oxfordshire business is called John Lydon Decorating.

“Painting the lines was very special. To be on the hallowed turf of Wembley just before my team Oxford United play there was an incredible feeling.

“It was a weekend I will never forget and I’m hugely grateful to Johnstone’s Paint for providing the prize.”

Richard Mazurkiewicz, marketing manager of Johnstone’s Trade, said: “This was our tenth and final season of sponsoring the Football League Trophy so we were delighted to offer this special opportunity.

“John did a fantastic job and we know he enjoyed playing a role in a fantastic occasion.” 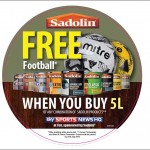 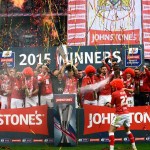 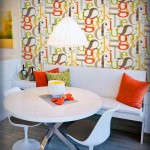