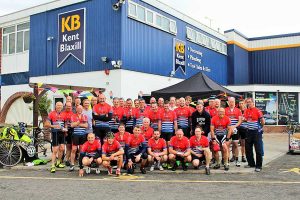 The company’s staff, suppliers and customers raised more than £7,000 for two charities, the Rob George Foundation and the East Anglian Air Ambulance with an amazing display of pedal power.

Around 50 cyclists set out on the tour of Essex and Suffolk. The ride started and finished at the Kent Blaxill Colchester branch and took in stops at Saffron Walden, Bury St Edmunds and Sudbury.

“Not all of the riders were experienced cyclists – one or two had not completed more than a 40-mile ride previously – so there were some heroic efforts in tackling the 120 miles,” said Simon Blaxill, Kent Blaxill managing director.

This was the second charity cycle ride organised by Kent Blaxill. The previous ride was held in 2013 to mark the company’s 175th anniversary and Crown has been the main sponsor at both of the events.

The Crown team consisted of Marc Lenaghan and Luke Dix, both of Crown Paints, and Andrew Harvard and Mike Turner of Ian Williams. 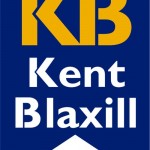 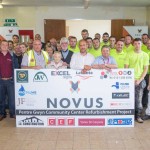 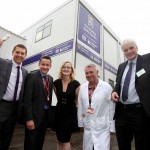 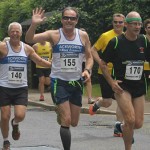