Thumbs up from Father & Son team for Dulux Academy 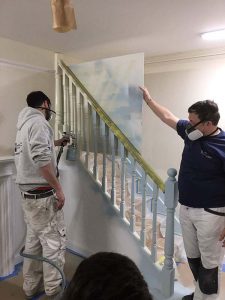 Decorators Simon and Paul Newbold have used the skills they learnt at the Dulux Academy to further their respective abilities and improve the quality of their work. Looking to refresh their existing skills and become better qualified, the father and son team have now each completed a number of courses at the purpose-built Slough based training facility. For Simon, honing and building on his many years of experience has given him new perspectives on ways of working, enabling him to improve his technique, while Paul is getting the vital experience he needs at the beginning of his career.

Having started out as a self-employed decorator in 1998, Simon has been working with his son Paul for four years, trading as Newbold Decorators based in Derby. Despite having years of experience on the job under his belt, Simon felt his own skill set needed a refresh and saw the opportunities for both himself and his son at Dulux Academy.

Simon heard about the Academy when attending the National Painting & Decorating Show, and after speaking to Dulux Academy trainer Tony Pearson-Young, decided to give it a go. Simon comments: “I originally enrolled to refresh my skills and learn new techniques. I was really surprised at how much I learnt, so decided to look into further courses,” says Simon, who has now attended quite a range, including Advanced Wallpapering, Digital Murals & Feature Walls and Relief & Textured Wall Covering. 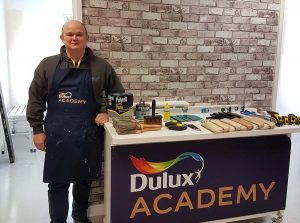 Impressed
Simon was so impressed with the courses he attended that he decided to enrol son Paul. Simon was initially looking at spray training for Paul, as he had a particular interest in that area and now excels in it, but found that whilst he was working full time every day, it was difficult to find the time to practice and master the skill.

“It’s not always possible to spend the time showing someone else how to learn a new skill, for example hanging wallpaper, whilst in a client’s property, which is why the course is great. If your apprentice makes a mistake there are no upset clients or rectification costs!” adds Simon. “Paul furthering his on-site experience has been the biggest benefit the Dulux Academy has provided for our business. He has now attended a multitude of courses, such as Introduction to Spraying and Wallpaper Techniques.”

Paul is now qualified to carry out his jobs without supervision. His wizardry with the spray gun has also inspired Simon to undertake a spray course to match his son’s high standards!

Improving Standards
He puts the Dulux Academy’s success down to the attitude of those running the courses. “Being trained by decorators that have worked in the trade themselves and fully understand the issues we come across on a daily basis, really make a big difference. The team’s enthusiasm from start to finish was great. It was easy to see that they want to lift the standard of decorating through thorough training.”

Simon sees this as one of the key issues facing the industry at present. “The standard of work from other trades can let you down. If, for example, the plastering is not up to standard it’s hard to achieve a perfect finish,” he adds, “so the more skills we can acquire, the better and more uniform the overall finish will be.”

Simon and Paul have benefitted greatly from their experiences at the Academy and for differing reasons. The modern purpose-built facility provides a great space for both trainees and more experienced decorators to perfect their skills, and according to Simon, also serves a great slice of chocolate cake.

Thumbs up from Father & Son team for Dulux Academy 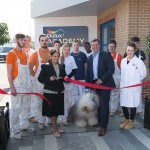 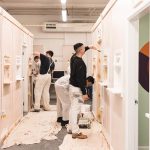 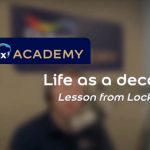 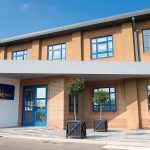