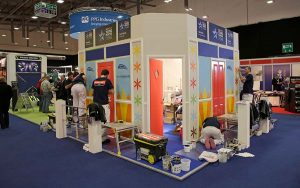 A majority of females will contest the final of the Johnstone’s Young Painter of the Year competition for the first time in the event’s 12-year history.

The regional heats drew to a close leaving eight contestants to battle it out in November’s national finals at the Ricoh Arena in Coventry, and five of the finalists are female.

Benjamin Squibb won the final heat at Bournemouth and Poole College to become the eighth young painter to qualify, and the line-up of finalists suggests a bright future for women in a traditionally male-dominated industry.

The finals will be held as part of the National Painting and Decorating Show on November 29th and 30th and the winner will be awarded more than £2,500 of painting and decorating supplies along with the coveted title.

The annual contest pits competitors against one another in various painting and decorating challenges, such as making the best use of Johnstone’s Trade paints, the application of stencils, and abiding by technical specifications.

The tasks give the contestants aged between 17 and 27 – who are all working towards an NVQ Level 2 diploma in Painting and Decorating, or in Construction – the opportunity to exhibit their individual skills and talents.

James Surtees, senior technical applications consultant at Johnstone’s Trade, said: “We are delighted to have our first ever female-dominated line-up at the Young Painter of the Year finals, as this can only be a good thing for our industry.

“We have seen more and more young women taking qualifications in painting and decorating each year, and it’s clear that our previously male-dominated industry will be led by just as many talented women as men in the future.

“As an equal opportunities employer, we believe anyone who wants to work in construction or in painting and decorating should have the chance to do so, and the young people who have contested this year’s Young Painter of the Year heats have exemplified the dedication and talent that we look for in our team members.” 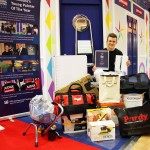 Johnstone’s Young Painter of the Year 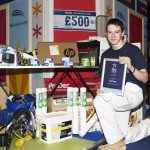 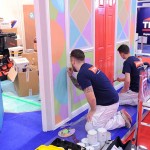