Novus Property Solutions has secured a place in the final of this year’s Professional Decorating Association’s Premier Trophy Awards for its work at Manchester Grammar School. 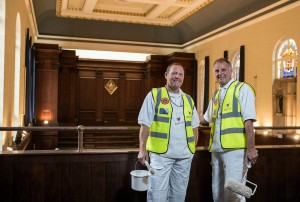 The project, which involved redecorating the school’s memorial hall, commenced towards the end of 2014 and took eight weeks. The decorating team’s craftsmanship and skills were put to the test as they not only had to refresh the paintwork of the school’s historic hall, they also had to paint around ornate features, such as timeless stained glass windows, as well as ensuring they honoured the school’s tradition by painting all but one leaf on the hall’s 12-metre high ceiling.

The PDA Premier Trophy Awards aim to demonstrate diversity of skill and craft, show efficiency of service to clients and to develop the highest standard of excellence for the industry. The winners of each of the five categories – Commercial, Industrial, Decorative, Highly Decorative and Small Contractors, will be announced at a ceremony at Plaisterers’ Hall in London this July. 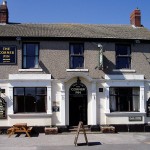 Glidden Paint and a Pint Winner 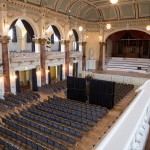 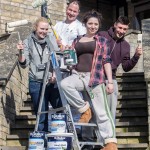 Brightening Up The Ark 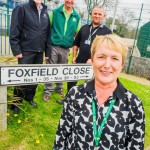