The iconic West Gate entrance AT The Tower of London, used for the Ceremony of the Keys, and the Chaplain’s House at the Tower of London have been reinvigorated using a selection of ICI Paints AkzoNobel products. Dulux Trade Weathershield Exterior Gloss System (WEGS), Sikkens Rubbol Satura plus and paint from the Dulux Trade Heritage colour collection were just some of the coatings used to give the attraction a new lease of life.

Due to the historic nature of the project, it was essential that the coatings used were sympathetic to the original features, yet also created a hardwearing, durable result that would last for years to come.

To achieve this, Sykes & Son Limited was contracted as the main contractor to oversee the project, and London-based painting and decorating contractors, George Jones, was appointed to carry out the redecoration work.

In order to transform the prominent West Gates, WEGS was applied. The three part system, comprising primer, undercoat and gloss, was selected to enhance and protect the doors. The existing paint on the doors cannot be removed for conservation reasons and the deep joints between the timber panels were not to be filled in order to retain the character and age of the doors. Therefore, the specification stated that the paint system should be applied on top of the numerous layers of paint.

Ian Welch, contracts manager for George Jones, London, said: “Around a quarter of a million people pass through the gates each year, so it’s important that they look their best. We first applied Dulux Trade Weathershield Quick Drying Primer followed by a coat of Exterior Flexible Undercoat. It contains unique technology to give superior flexibility and prevent cracking and flaking, providing the perfect solid base for the gloss topcoat.”

The Chaplain’s House which sits in the inner ward of the Tower and forms the back drop to the village green was also given a fresh look. The Chaplain, Roger Hall, was due to move into the house, which had been largely undecorated for the past 10 years, so it was in need of a refresh. The House is a time capsule of period details containing nearly all of its original fittings. The use of the Dulux Trade Heritage colour collection allowed the period details to be shown in their original glory. This premium range of colours are the result of in-depth research by the colour experts at Dulux Trade into traditional pigments and paint techniques from key eras in British history.

Hardwearing Dulux Trade Flat Matt was specified to bring out the beauty and luminosity of the Heritage shades.

ICI Paints AkzoNobel products were also used on The Waterloo cannon, captured at the battle in 1815 and now displayed at the Tower. The six wooden carriages have been painted using Sikkens Rubbol Satura plus. The colours used are a close proximity to the original olive green used at the time on all French artillery. The paint is a highly durable, opaque coating providing a satin-like finish, which is suitable for joinery and primed metals. 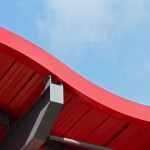 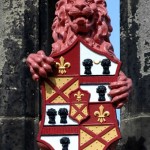 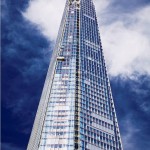 Dulux Trade And The Shard 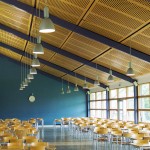