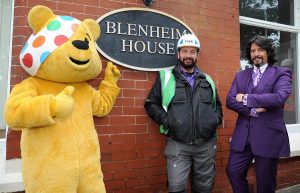 When the DIY SOS team needed help with one of their most ambitious projects ever, their local Crown Decorating Centre was eager to help.

And it captured the imagination of staff at Blackpool Crown Decorating Centre, who dug deep into their reserves to ensure the project received a colourful and professional finishing touch.

Due to be screened on BBC1 on Thursday 17th November , the hour-long programme will showcase the dramatic reinvention of a site occupied by Blackpool Carers Centre which young people with caring responsibilities depend on.

The building was transformed from a run-down, neglected Victorian house to an unrecognisable, inspiring and colourful base for the young carers. Generous donations of £1million worth of goods, services and time from suppliers and volunteers ensured the project will support the seaside community’s carers for many years to come.

The paint shopping list was vast, but the Blackpool CDC team and marketing team at Crown’s Headquarters in nearby Darwen, Lancashire, were determined to meet the DIY SOS team’s needs.

Said Andrew Black, Blackpool CDC store manager: “When the team approached us we pulled out all the stops to help. A fair few of our customers were working on the project giving their time for free, and with the scheme being so close to us, we really wanted to do our bit too.

“It’s brilliant to see a project like that in action and it’s amazing to see what can be achieved when people pull together for the local community”.

Nick Knowles, DIY SOS presenter, added: “This has been one of the most incredible shows I’ve ever been involved with, and that’s saying something as I’ve worked with DIY SOS for many years now! There were so many twists and turns with the completion of the build but what really makes the programme is the amazing young carers we were lucky enough to meet along the way, they’re an inspiration.”

Blackpool Carers Centre uses BBC Children in Need funding to provide out-of-school respite and training activities as well as peer support for young carers. The Centre uses the funding to arrange fun confidence building trips such as bowling and swimming and it is also able to provide workshops including painting and gardening. The activities aim to give the children and young people socialising opportunities to spend time with other young carers, hoping to reduce any isolation they might be experiencing and giving them valuable breaks from their caring responsibilities. 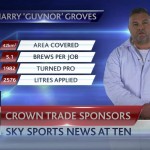 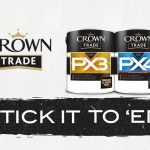 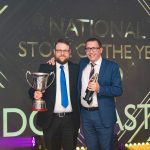 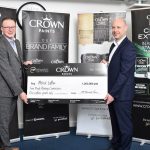