Dulux Trade has unveiled the regional winners of its hotly contested Most Trusted Decorator competition. After receiving over 1,000 nominations for painters from across the UK, the paint manufacturer has selected its top decorators from 10 regions who will go on to compete in the national final this month (July).

A massive thank you goes out to all my customers who nominated me for this prestigious award.

Without them winning this award would not have been possible. I made my customers aware of the competition and it seems they filled in the postal form and online form in mass!

Each finalist will receive free Dulux Select Decorator membership in recognition of their achievement, along with a trophy to mark their regional title. They will then go on to the final stage of the competition to meet a panel of industry judges, and have the chance to win free fuel for a year.

The Most Trusted Decorator competition was set up by Dulux Trade to seek out and recognise the UK’s most dependable decorators and perfectionist painters. Gail Cook, Group Brand Manager at Dulux Trade, explains: “Like many trades, the painting and decorating industry has been going through a bit of a tough time lately. This competition has been designed to support the sector by highlighting the many fantastic tradespeople out there who work with pride, passion and professionalism.” 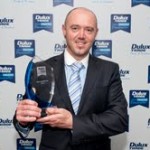 Dulux Most Trusted Decorator: Are You? 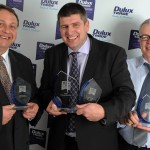 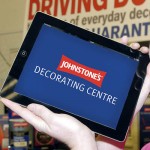